Press Release: 22 March 2016CUMBRIAN PUB IS NATION’S HEARTWARMING HEROA CUMBRIAN pub has scooped top prize in Heinz’s Heartwarming Heroes competition – and has pledged to turn hundreds of children into life-saving heroes with the prize money.The Kings Arms, in Burton-in-Kendal, won first place in the national competition, which was searching for pubs and restaurants that go the extra mile. 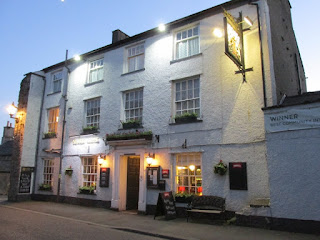 Winners Ann and Neil France, Licensees of the Thwaites pub, will receive £10,000 prize money as well as £10,000 towards a community event.Ann said: “We couldn’t believe it when we were told we had won. Neil read out the email to me and I thought he was joking but we’re absolutely thrilled with the news. It’s a great honour for the pub and it will be great for the village.“We’ve been overwhelmed with the support we’ve had from everyone and would like to thank all those involved.”Ann and Neil are planning to spend the prize money on a community first aid day for the local primary school, teaching youngsters, their parents and teachers valuable life-saving skills. The day will include demonstrations, practical advice and take away materials to help keep the whole community safe. They are currently contacting local organisations that may be interested in supporting the event, including the Air Ambulance and Community First Responders.The Kings Arms is a former coaching inn dating back to 1753, and listed as a stop off on the John O’Groats to Land’s End cycle route, as well as the Wainwright Coast to Coast walk. As a result, it is a popular spot for walkers and cyclists and recently expanded, converting a barn into seven luxury bedrooms, which gives them 13 ensuite letting rooms in total.Ann and Neil have been at the helm for seven years, and have run pubs across the country for the last 37 years. They are at the heart of village life in Burton-in-Kendal, hosting two major annual events, the Daffodil Show and Onion Show, which raise thousands of pounds for local good causes. They have turned the rear of their car park into allotments for local growers and support the local school sports day.News that they had been named top community pub in the Heinz competition came as no surprise to Andrew Buchanan, Daniel Thwaites’ Director of Pub Operations, who said: “Ann and Neil have high standards in place and take pride in the pub as well as making a valuable contribution to the local community. Whenever I speak to them they are always at the heart of activity taking place in Burton-in-Kendal and willing to get involved in anything that brings the community together.“Their friendly approach makes the King’s Arms welcoming for both locals and visitors alike and they deserve every success.”


ELECTION OF PARISH COUNCILLORS
to be held on
Thursday, 5 May 2016


NOTICE IS HEREBY GIVEN THAT

1. An election is to be held of Parish Councillors for each of the Parishes or Parish Wards as indicated in the Schedule below.

2. Nomination papers must be delivered to the Returning Officer, South Lakeland House, Lowther Street, Kendal LA9 4UQ, on any day after the date of this Notice, on Monday to Friday, 9am to 5pm (excluding bank holidays) but no later than 4pm on THURSDAY, 7 APRIL 2016.

3. Nomination Papers may be obtained from the offices of the Returning Officer at the same address, during the times stated above, or from the person named in the Schedule below, who will, at the request of any elector for the electoral area, prepare a Nomination Paper for signature.

5. Electors should take note that:
6. Applications to vote by emergency proxy at this election on the grounds of physical incapacity or for work/service reasons must reach the Electoral Registration Officer by 5pm on polling day, 5 May 2016. The physical incapacity must have occurred after 5pm on 26 April 2016. To apply on the grounds of work/service, the person must have become aware that they cannot go to the polling station in person after 5pm on 26 April 2016.

Parish BURTON-IN-KENDAL
Parish Ward (if applicable)
No. of Councillors to be elected 9
Person from whom Nomination Papers can be obtained
Ms C. Davidson, 2 The Square West, Burton-in-Kendal, Carnforth, Lancs. LA6 1LX

Cumbria Constabulary is committed to preventing child sexual exploitation, helping victims and bringing offenders to justice. It is a crime that can affect any child, anytime, anywhere - regardless of their social or ethnic background.

It involves offenders grooming young people and using their power to sexually abuse them. It can take many forms, whether it occurs through a seemingly 'consensual' relationship with an older boyfriend, or a young person having sex in return for attention, gifts, alcohol or cigarettes.

Sexual exploitation is child abuse and, although they may not realise it, it puts the young victim at huge risk of damage to their physical, emotional and psychological health.

Many young people who are being abused do not realise they are at risk and will not call for help. They may see themselves as willing participants when in fact their behaviour is anything but consenting. And, while there is no stereotypical victim of exploitation, there are warning signs in children's behaviour that may indicate something is wrong – and if you know what you're looking for, you can take steps to help them.

Read more and how to help keep our young people safe:https://www.cumbria.police.uk/Advice-Centre/Personal-Safety/Child-Sexual-Exploitation.aspx

Anyone with concerns about child sexual exploitation can contact Cumbria Police on 101. In an emergency always dial 999.

Notice from the Parish Council

It has come to the Council's attention that horse manure is being dumped beside the roads at many different locations in the parish. As fly tipping, it is a criminal offence under the terms of The Clean
Neighbourhood and Environment Act. This unsightly and noxious mess is now attracting other forms of fly tipping.The council asks residents to be watchful and if the offender is seen carrying out this offence that the vehicle registration is taken and reported to the Police (call 101) or South Lakeland District Council (01539 733333) so appropriate action can be taken.

Plus many more lots on the day.

In aid of Burton's Guides, Brownies and Rainbows. 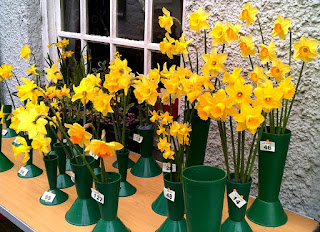 Today we have added a new panel below this one, which gives information about weather and visibility from a website called Clear Outside. The difference being that this one is aimed at astronomers.

The info covers all aspects of the weather that is of interest to stargazers and those who enjoy taking photos of the skies at night, but will also prove useful to others who want specific and accurate (well as accurate as we can hope for!) information about the weather.

So whether it is cloud cover, rain or frost our new panel will keep you informed.

As a bonus if you go to the Clear Outside website and see the info there it will also tell you if the International Space Station is due for a pass overhead - how neat is that?!

Now you have no excuse for not knowing when you can take pics of the moon or those meteor showers or other sky objects. :) 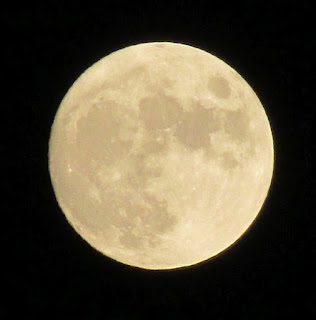