Between 15th & 20th August 2016, the 8.30pm 555 Bus Service between Lancaster and Kendal will not be stopping at any point between Carnforth British Legion and Clawthorpe Hall, due to road works at the Pine Lake roundabout. No other services are affected. The road closure is in effect from 8pm - 6am on each of the affected dates. 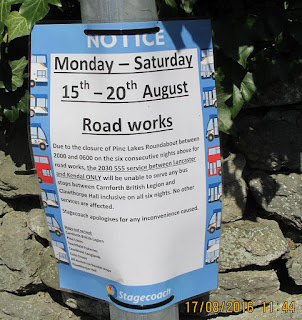